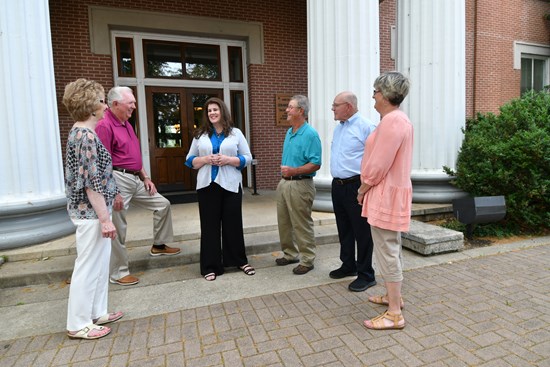 “America spoke loudly in 2016 with the election of President Trump and made it clear that our leaders in Washington need to take action to stop illegal immigration and secure our nation’s borders.  I proudly support President Trump and his plans to Make America Great Again, including the construction of a secure wall on our southern border,” said White.  “This resolution gives the General Assembly an opportunity to express support for President Trump’s proposal and to call on Congress to fund the border wall without delay.”

Murfreesboro, Tennessee (July 2, 2017) – State Representative Dawn White announced today that she will be a candidate for the District 13 State Senate seat in the August 2018 Republican Primary.  The District 13 seat covers the western half of Rutherford County, including portions of the City of Murfreesboro, the Town of Smyrna, the City of La Vergne, the City of Eagleville and the Rockvale, Blackman, Walter Hill, and Leanna communities.

“I believe that it is extremely important to ensure that our next state senator is a proven conservative leader who has a record of standing up for hardworking Tennessee families,” said White.  “As State Representative, I’ve fought for lower taxes and for smaller, smarter government, and I’ve proudly stood up against an out-of-control federal government.  If I have the honor of serving as Rutherford County’s next state senator, I will continue to fight for our shared conservative values at the state level.”

“Dawn White will be a very strong supporter of free enterprise in the General Assembly and will work to protect small businesses in House District 37,” said Jim Brown, state director of NFIB/Tennessee. “Dawn White is the clear choice for small business because she will emphasize reducing the burdens of government on hard-working entrepreneurs.”
Thursday, June 28, 2012 10:26 PM

Today's Supreme Court decision is disappointing. Common Sense Conservatives know that Barack Obama’s federal government has crept into yet another area of our lives, uninvited and unwelcome. In light of this decision, our only option at this point is to elect a new president and members of Congress who are committed to repealing Obamacare...

Dawn White, candidate in the Republican primary for the Tennessee House of Representatives in the new 37th District, announced today that she supports the full repeal and elimination of the Hall Income Tax in order to help improve Tennessee’s economy and create an environment that is more conducive to job creation.

Thank you for signing up!